As you know, I have been interviewing some of the authors from the short story group, but did you know that all proceeds from the anthologies goes to charity? Yep, it’s true.

The authors gave their time and shared short stories to help raise money for various charities.

The proceeds from Love is in the Air goes to help Diabetes UK.

Have you or someone you know ever been diagnosed with diabetes? My mom and my brother had diabetes and one of my older sisters has it. I recently lost a dear internet friend to complications of this awful disease. He had lost circulation in his feet and had to have some toes amputated and the doctors were hopeful, but gangrene had spread so he was admitted back into the hospital, but before they could do more surgery he had a heart attack. I miss his daily emails. The funny pictures and dirty jokes always bringing smiles. We started out as car club buddies at the online Outlaws Car Club. RIP Jeaux You will always be in our hearts.

All proceeds from A Festive Feast goes to Cancer Research UK.

My oldest son was diagnosed with Leukemia as a child and if it wasn’t for all the breakthroughs they have had with cancer research he might not be here today. It’s been 26 years since he was diagnosed. So many people we know and love lose their lives to cancer. I lost my mom to colon cancer in 1999 and life for me has never been the same.

All proceeds from Out Of Darkness goes to the British Heart Foundation. 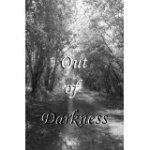 When my brother was diagnosed with diabetes, he was also diagnosed with congestive heart failure.  I can remember the day my brother passed away as if it was yesterday.  It was windy, and I mean howling windy. My car was broke down and I had kept my youngest son home from school because I didn’t want to walk the two and a half miles to get him to school. My brother lived with us and had gotten up at 6:30 to go to the bathroom and get a drink of water. He then told me he was going back to bed for awhile. A few minutes after nine, I heard noises coming from his room and I thought he was dreaming or talking in his sleep, so I knocked on the wall, but when he didn’t answer me I went in and found him having a seizure.  I called my sister and she called 911. I was starting to panic and said to myself, “What would Bruce (my brother)  do?” So I wrapped my arms around him and told him everything was going to be okay.  Just as the paramedics walked in the door, my brother came out of the seizure and was confused as to why all these emergency medical people were there. They asked him all kinds of questions, which he answered and then one of the firemen (Yes, the firetruck came also) Turned to me, like I was crazy, and said, “He’s coherent.” and they weren’t going to take him in, but my brother started seizing again and they picked him up using the sheet from his bed and got him on the gurney and started doing heart compressions. When they got him in the ambulance they used the paddles to shock him, but they never got his heart started again. I remember the last thing my brother said, “I was sleeping good” is what he had told the paramedic, so I had, Now I‘m Sleeping Good, inscribed on his headstone. My brother was just 32 years old.

There is one more book in the collection and it is, Reading is Magic, and all of its proceeds go to, NSPCC, to help stop child abuse in the UK.

When I sent out a call to the Short Story Group, asking if they would like to be interviewed, I not only wanted my readers to meet and get to know all of these wonderful authors, I wanted to get the word out about the books and the charities that these short story collections help. When I began writing this post, it wasn’t my intention to tug at your heart strings, but I hope I have.  Writing this post was very hard and emotional for me. Losing family and friends to these deadly diseases touch all of us in one way or another, and even though research has come a long way over the years,  there is still more to be done.  Buy one or all of the books. You get a collection of short stories to enjoy and all proceeds go to charity. It’s a win-win no matter how you look at it.

All of the links up there, are for the US. Here are the links to purchase the books in the UK

Love is in the Air

And if you have a story you would like to share, check out the Short Story Group’s  submission guidelines here.